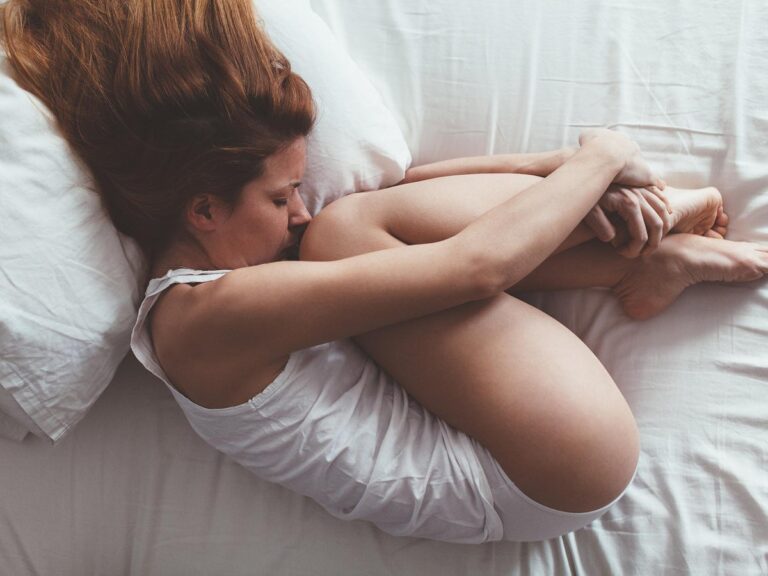 Orgasms are supposed to leave as spent, high and satisfied. Having an orgasm is probably one of the best feelings that any mammal can describe. But what happens when you start feeling general depression, fear, and sadness after an awesome orgasm? That sounds weird, isn’t it? You may be asking yourself questions like Why do I cry after making love?

Sex is supposed to be sweet, it is even sweeter when you know you have satisfied your partner. But how would you feel when you see your partner crying after a lovemaking session? This is not something you can’t discuss even with your closest friends especially if you are a lady. You can’t just go to your mum and tell her, he feels guilty after sleeping with me.

Lucky for you, coz I am here to offer some help. If you always experience anxiety after orgasm, then you could be having a condition called Post Coital Depression or Dysphoria (PCD). PCD is also known as Post Coital blues or Post-coital Tristesse.

Post Coital depression symptoms include a general feeling of depression, sadness, anxiety, and hollowness and a sense of agitation after having sex.

The good news is that it is a well-documented condition that affects both men and women. A study published in the Journal of Sexual Medicine in 2015 showed that 46% of female university students have experienced PCD symptoms at least once in their lifetime. 5% disclosed that they experience the symptoms more often. So next time you experience post-climax depression, just know that you are not alone.

Post-coital blues can lower your confidence and general quality of your life. It can wreck your love life because not many people would endure sad sex. Most people try to avoid sex because they deem it unenjoyable and associate it with depression and anxiety.

Why do I cry after I climax? That is a very hard and complex question. There are several reasons why can feel guilty or hollow after ejaculating. I have tried to compile some of the most common reasons here.

Past sexual abuse and treatment

Long-term effects of childhood sexual abuse are varied and often devastating. Victims mostly exhibit emotions such as fear, humiliation, shame, self- blame and guilt. These emotions can be very high when making out.  Some of the victims will have disturbances of arousal during lovemaking and may struggle to have orgasms. You may end up having a good time but come back to reality after you climax. You feel guilty and vulnerable and sometimes end up crying. So, if you are asking yourself why do I feel sick after orgasm? Then your childhood experiences could be the reason.

Fear of being abandoned and dealing with it

Sex is supposed to be the ultimate expression of love, intimacy, and care in a healthy relationship.  Many couples use Japanese silicone sex doll for more pleasure in bed. But sometimes you may feel that this relationship may not be going anywhere beyond the good sex. And this is the point where you feel like crying. You don’t want the relationship to end, you could be enjoying the sex and fear that your partner may abandon you. This fear of being abandoned always manifest itself mostly after a good love making a session and that’s when anxiety comes in; for you don’t know what will happen next. You feel sad after a good time.

Some cultures and religions have framed people to believe that sexual intercourse is bad. Most people from such backgrounds know that it should not be enjoyed.  People from such backgrounds will tend to cry or just feel guilty after sex. This is because they think they have done something bad. It is even worse when you enjoy sex, something that you know is forbidden. Deep-seated values about sex can also contribute post-coital tristesse like if you are having extra-marital coitus may make you experience a sense of guilt and anxiety afterward.

This is basically a psychological problem that you need to overcome. Seek the help of a psychologist for therapy sessions.

Some people are always conscious of their sexual performance. You feel like you have not done enough to satisfy your partner in bed. This feeling can make you feel guilty and hollow. It’s worse for others who can become very paranoid about their performance.

some experience post-climax depression because of they feel like they are not attractive enough for their partners. This can trigger anxiety and feelings of depression and sadness after sex.

This is a self-esteem issue that you can overcome through talking with your partner. Ask your partner about what they feel on your performance in the bedroom and where they think you need to improve.

Hormonal conflict triggered by an orgasm

Prolactin and dopamine are very important hormones that are at play during sexual intercourse. Dopamine is the hormone responsible for pleasure and ecstasy during sex. It is sometimes referred to as the reward hormone. After orgasm, the dopamine drops, and the body starts producing Prolactin. Prolactin functions to shut down sexual desire. It brings about a general feeling of depression, melancholy or guilt after having sex.

POIS is a rare condition in which a man develops flu-like conditions after ejaculation. The symptoms can include crying, anxiety and a sense of agitation just after orgasm. It is very hard to diagnose Post-ejaculatory guilt syndrome, but other symptoms may include extreme fatigue, stuffy nose, and itching eyes.

A feeling of ‘loneliness’

Sometimes bonding with the partner during sexual intercourse is so intense that it triggers feelings of sadness and loneliness after you finish. Some people will want the sex to continue because it brings a sense of togetherness.

Other remedies for Post-coital blues