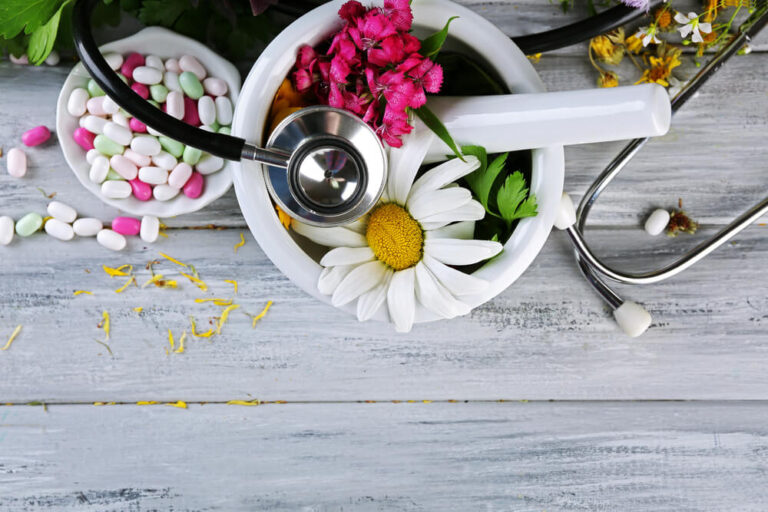 Holistic medicine implies an approach that is natural. In doing so, the person as a whole is taken into account. So that would be his physical, emotional, mental and spiritual status. However, many often compare or confuse it with alternative medicine. These two approaches are not the same although they are very similar and even often considered as same. They have in common that they are the opposite of traditional medicine, which observes a person through the organs and their interaction.

On the other hand, we have these two approaches which believe that man should be approached as a being who needs healing from the root, as well as the prevention of his whole being. They start from the spiritual state first. Therefore, various techniques and stimulants are used in this medicine in order for a person to be able to balance the whole organism. Of course, there are a number of useful tips. To be sure of the difference between a holistic and an alternative approach to medicine, keep reading and learn more about it.

This type of medicine has gone through various periods in the history of mankind. It could be said that it has been around since the very beginning of man, but it has changed whether it is very popular or even banned because it was characterized as quackery. As it is of course not quackery and has shown many good results, people today are turning a lot to this approach as a substitute or supplement for traditional medicine.

Homeopathy is the part of alternative medicine that first became very popular, so it could be said that other parts also got part of the spotlight thanks to homeopathy. Homeopathy originated more than two centuries ago in Germany. The approach to treatment is such that the sick person is given the same substance that caused that disease in a healthy person. The doctrine of this teaching is “like cures like”. Therefore, special remedies are prepared by a process called dilution. The substance is diluted with water or alcohol until it is ready for use. It is consumed orally and is said to cure diseases. Opponents of homeopathy say that the process of dilution gives water and nothing else, but certainly millions of people still decide to seek a cure in this method.

Another type of alternative medicine that differs from the holistic approach is naturopathy. Those who advocate naturopathy are opponents of all modern practices of traditional medicine, primarily drugs, vaccines and operations. They believe that it is necessary to work on disease prevention through natural nutrition, art and other ways and that the cause of all diseases is an imbalance in diet and unbalanced life in general. This approach does not cure the disease itself, but only its symptoms and the body is given everything it needs to overcome the disease on its own. That is why naturopathy does not claim to cure but to serve as an aid. It is for this reason that they oppose drugs and vaccines because they think that the body should only do everything, and not to take artificial substances. If you find this interesting and want to find more about naturopathy, visit tonicnaturalhealth.com.au

Chinese civilization is one of the oldest in the world, so their traditional medicine actually encompasses various types of treatments that have been applied for thousands of years. In recent decades, the popularity of Chinese traditional has grown greatly in the Western world. You’ve probably heard of acupuncture, which is by far the most popular. It is a technique of stabbing a patient with very thin needles into specific parts of the body to stimulate nerve endings that will affect the restoration of balance and eventually bring healing. The meridian is also a popular concept and represents the idea of ​​meridians passing through the body and through them flows life energy called Qi. No one was able to actually locate meridians so they can’t be considered as real anatomical structures.

Although it is often very difficult to draw a clear line between alternative and holistic medicine, there is still a difference that primarily relates to the fact that holistic belief focuses primarily on the connection between mind and body. It is the understanding that man can only function as a whole body and psyche, so it is possible to clearly see the difference between that and homeopathy for example. In order to live by holistic rules, it is necessary to practice various disciplines, such as sports, yoga, meditation and much more.

Reiki learning originated in Japan and it is energy healing. The goal is to increase the capacity of vital energy. Reiki especially came into the spotlight when it was started to be practiced by many world-famous people, like Novak Djokovic. Special methods activate the flow of vital energy through the body and it is considered that it takes from half a minute to a few minutes to establish that flow. The speed of establishing the flow primarily depends on how skilled a person is in practicing Reiki. Energy enters the body through the top of the head and descends down the spine and then spreads throughout the body.

Another teaching from the Far East, this time originated in India. Ayurveda is a set of many teachings that also focus on the flow of energy, the use of herbs for healing and relaxation and the like. Chakras are energy points in the body, there are 7 of them and each has its own role. Those chakras that are closed to you will prevent the flow of energy and disturb your balance in the body. For example, if your Hearth chakra is closed, you will have trouble showing your emotions.

As you may have read, the point of these two approaches in medicine is quite similar. However, there are some significant differences by which you can distinguish these two terms. These are mostly techniques, tips and many other approaches. We hope that we have contributed to a better understanding of this topic and that you have been able to see the essence of both medical approaches.