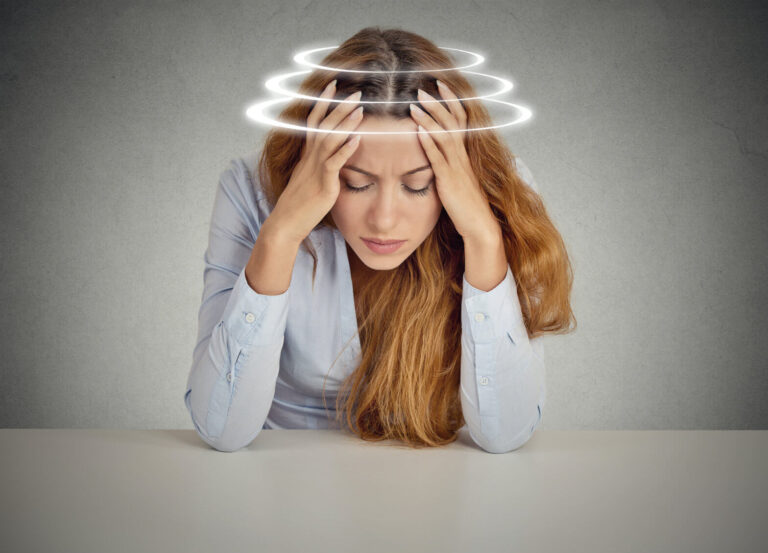 Have you ever felt unsteady or had a whirling feeling in your head? Usually, this sensation is referred to as dizziness. However, the meaning stemming from the term dizziness differs from individual to individual. It’s a very common occurrence that may or may not is associated with any serious underlying health problems.

Dizziness during your period is also very common, considering the fluctuation of hormones- which are vital in preparation for bleeding if fertilization doesn’t occur during the menstrual cycle.

However, the hormonal changes in the body can affect the normal functioning of the body and hence feel dizzy-getting a whirly sensation, either in the morning or any time of the day, which makes you lose your appetite and become weak.

Causes of dizziness during periods

The common causes associated with menstrual cycles include the following

For some women, they experience migraines associated with dizziness and vertigo that is stimulated by the changes in hormones during the menstrual cycle.

Vertigo is basically the sensation of motion, where there is none-feeling like you or your environment is spinning. It’s usually a sign of an underlying problem affecting the vestibular system of the inner ear-the body’s balance system.

Hypoglycemia is a condition that causes the body to experience low blood sugar levels. If the condition occurs during the premenstrual period it may cause dizziness, perspirations, fatigue, extreme sugar cravings and convulsions.

However, according to the Journal of Clinical Endocrinology and Metabolism,1986 there is relevant evidence to support dizziness during periods in relation to hypoglycemia.

Experiencing a surge of migraines during your menstrual period is a very common occurrence for some women. According to the national pain foundation, it’s quite common for people affected by episodes of this neurological disorder to experience dizziness, severe headaches, nausea, tingling sensation, difficulty thinking, sensitivity to sound or light.

However, migraines causing dizziness during menstruation occurs from the age of 14 years onwards due to the production of estrogen hormone– which affects migraine activity.

This is also referred to as heavy bleeding and is very common to cause dizziness since it leads to an iron deficiency in the body and possibly anemia. Approximately 15% of women experience heavy menstrual bleeding, while for 20% of these women develop anemia- which is a decrease in the level of red blood cells.

A decreased number of red blood cells reduces the supply of oxygen to other body tissues which cause dizziness, fatigue, rapid heartbeat, lightheadedness, and irritability.

According to a study published in the U.S Department of Health and Human Services journal, Meniere’s disease is a complicated progressive disorder affecting the inner ear. Symptoms of this disorder include vertigo, dizziness, tinnitus, and hearing loss.

Studies carried out by G.G Morse and J.W House indicate an acute relationship between menstrual cycles and the disease’s responses: and indicate that Meniere’s disease can be stimulated during a woman’s period.

In some cases, women who have fibroids experience heavy bleeding, which leads to anemia and dizziness as a result.

Fibroids are basically benign growths that affect the uterus, especially during a woman’s childbearing years. The National Anemia Action Council notes that about 80% of women suffer from fibroids before they reach the age of 50 years.

Also known as low pulse rate is whereby the blood pressure falls below normal hence causing a shortage of blood supply to the brain. This causes your brain to feel drained due to lack of sufficient oxygen supply hence cause lightheadedness. The fluctuations in blood pressure result in this condition.

Lack of adequate amounts of vitamin B12, B6, C and/or D can cause dizzy during your periods.

How to prevent dizziness

While dizziness during periods is common and isn’t a cause for concern, it can easily be prevented by taking various precautions such as: