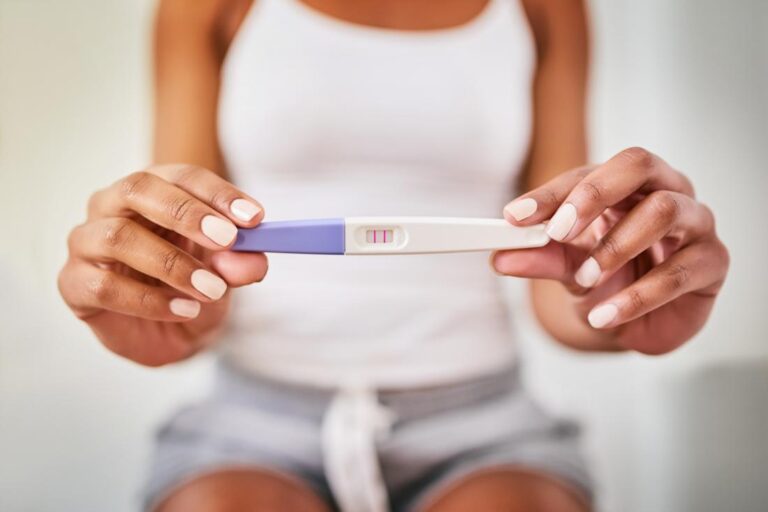 The female body is a unique embodiment of resilience. After going through the physical, psychological and emotional changes of pregnancy, the body begins the process of getting back to its pre-pregnancy state. In a span of about two to six weeks, the body tries to heal from the delivery. The time taken to heal from delivery varies from one woman to the next.

However, once vaginal bleeding (lochia) has stopped, and you are ready to engage in postpartum sex, then it is advisable to have a good birth control technique in place as you can get pregnant in the first few weeks after giving birth.

Does Breastfeeding Prolong the chance of pregnancy after birth?

One of the most common natural birth spacing techniques is breastfeeding. This is because when it is happening, the love hormone oxytocin is released for the purpose of facilitating the mother-child bond. This hormone triggers the feeling of intimate connection with the child at the expense of lowering libido. Furthermore, the hormone required to trigger breast-milk known as prolactin suppresses the reproductive hormones.

There are several ways that breastfeeding affects a woman’s sexuality:

Breastfeeding has a fertility-suppressing effect. As a consequence, some women opt for this approach as a means of minimizing the risk of pregnancy after delivery. This technique is known as the lactational amenorrhea method (LAM).  However, exactly how long it delays fertility varies.

The return of Ovulation after Pregnancy

The return of fertility after delivery varies from woman to woman. In general, the onset of ovulation means that you are at a high risk of getting pregnant. Remember ovulation comes before periods. If you are not breastfeeding, your menstrual cycle may resume in about six to eight weeks. This means that you are likely to ovulate as soon as 25 days after giving birth, and are likely to get pregnant even before your first period.

If you are a breastfeeding mother, your periods may return at the ninth or tenth child. Some women experience a sterile first period. This means that they do not experience ovulation during their first cycle.

Alternatively, there are women who are likely to conceive sooner due to ovulation occurring in their first cycle. If you delivered normally, then your medical practitioner may give you the green light to resume sex after six weeks. At this time, the doctor should inform you of the best birth control method to use.

Birth-Controls to Consider aside from LAN

Breastfeeding is not considered an effective birth control method. This is because even though nursing your baby significantly delays your periods, it is unpredictable and you face the risk of pregnancy.

On the other hand, the Association of Reproductive Health Professionals states that 1 out of 100 women get pregnant annually if they are engaging in exclusive breastfeeding. If your baby is on baby formula and partial breast-milk, then it is advisable to look for another method of birth control aside from LAN. Other instances in which LAN will not work include:

Alternatively, there are other contraceptive methods that are safe for a nursing mother. For instance, progestin-only contraceptives, condoms, and cervical shields. However, LAN is a natural contraceptive method. If done properly, LAN is safe for you and beneficial for you and the baby. Certain contraceptives, particularly, the estrogen-containing types have been linked to low milk supply and reduced breastfeeding time. Therefore, it is advisable to consult your medical practitioner and seek to learn more about which family planning method will be ideal for you.

There are several studies indicating that resuming fertility takes place in steps. There is the follicular activity leading to the first menstruation. This first cycle may occur with or without ovulation. This cycle is likely to occur within the first six months post-partum.

After this, there is the ovulation without the luteal phase. This means whereas you are ovulating, you lack the uterine lining to support implantation. It is possible to experience one or more periods before you start ovulating. Reaching the full luteal competence or full fertility depends on whether you are exclusively breastfeeding or not.

Signs of ovulation postpartum include a reduction in the milk produced, ovulation spotting, and increased sex drive. Whereas it is difficult to determine when you will ovulate, exclusive breastfeeding is one sure way of suppressing or delaying fertility.