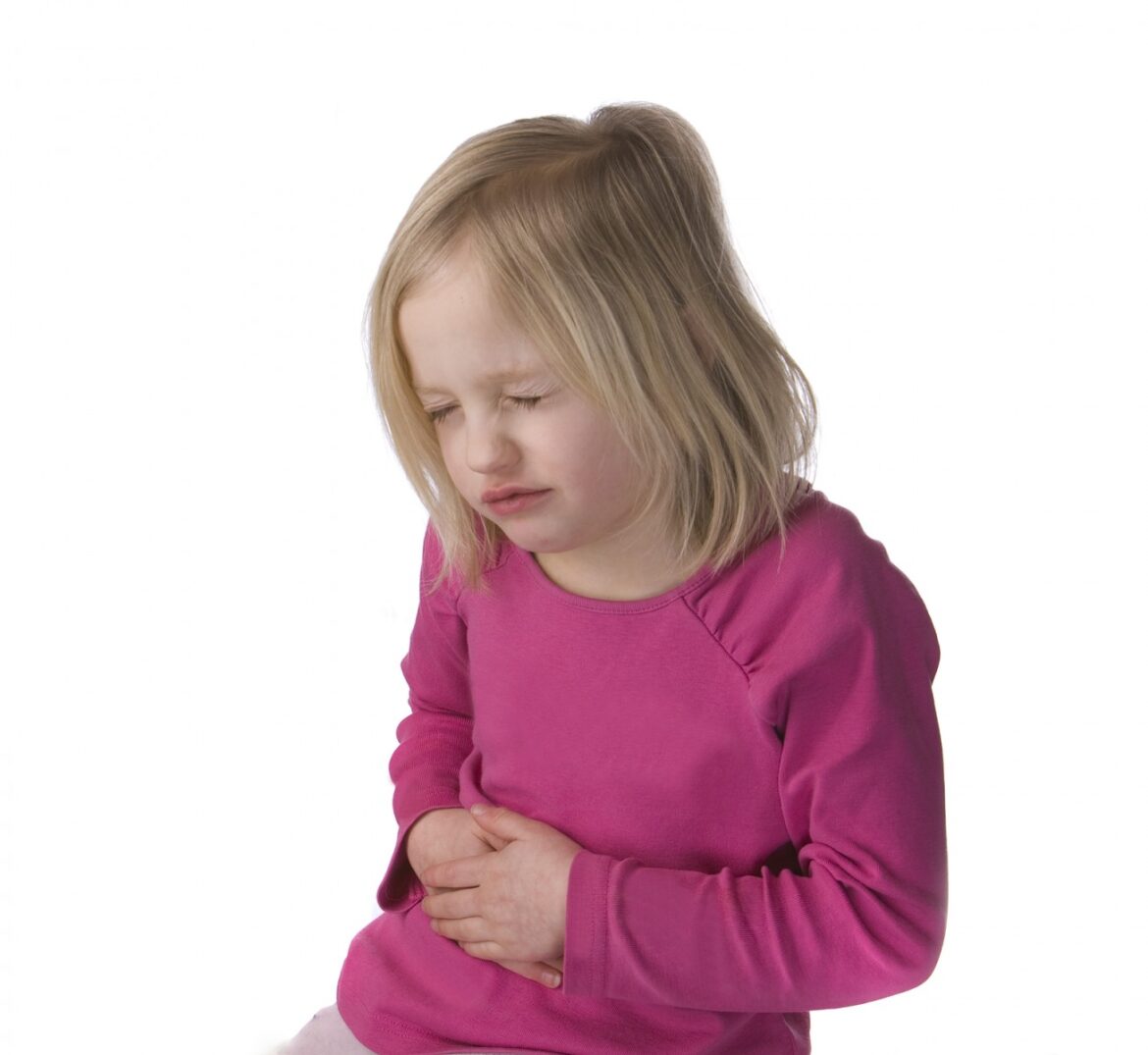 An impacted bowel or stool can cause discomfort. Discover the symptoms, medical treatments, home remedies,  and whether surgery can really help. You will also learn whether or not laxatives will help you have a softer stool.

Every healthy person has bowel movement whose movement frequency may vary from one person to another. It is estimated that about 95% of healthy adults will have their bowels move three times a day to a little as three times a week. What of the cases when there are little or no bowel movements? Can this lead to impacted feces and/or constipation?

Impacted bowel, stool or fecal impaction refer to a condition when “a large lump of dry, hard stool gets stuck in the rectum. It is most often seen in people who are constipated for a long time” [ww.nlm.nih.gov]. These hard, stone-like feces is often known as fecolith or fecaloma and it cannot pass out of the bowels naturally.

Although constipation often leads to this condition, the two are not the same since constipation refers to difficulty in passing stool which is characterized it being dry and hard but not totally being unable to pass it.

Finally, an impacted colon is much similar to an impacted stool with the only difference later happening in the colon and not rectum i.e. feces in the colon “become dry and won’t budge, making it impossible to excrete them from your body”.

There a number of reasons why you would end up with this condition. Some of the common causes include the following.

Besides the above cases, other risk factors that can increase chances of impaction of the bowels include the following:

With that long list of causes, we can now look at its symptoms which will be important in pointing out how one will feel when he or she has this problem.

Irrespective of whether you have intestinal impaction especially on your colon or it happens in your rectum, there are some common symptoms you are bound to experience. So, what are some of the common signs of impacted bowel should one expect?

Besides the above, other additional according to healthline.com, include will include fever, dehydration and rapid breathing or hyperventilation. When you have them, you need to seek medical help.

Note that, whereas to some patients most of the impacted bowel symptoms may show, to others, they might not have them. Instead, they will have just the “they may have problems with circulation, the heart, or breathing” [emedicinehealth.com]. In case of these symptoms, ensure you see a doctor since if left untreated it can lead to death.

We have seen some of the common signs of this condition. It is now time to look at some of the fecal impaction testings before we look at how to remove or treatments.

The moment you have the symptoms, and those that closely related to chronic constipation, go to a healthcare provider. The health care provider will examine your stomach, and rectum to reveal if you have any immobile hard mass of stool. Normally, the diagnosis will involve feeling your abdomen for any masses or hardened areas.

Afterward, “your doctor will administer a digital rectal exam (DRE) to check for fecal impaction” [healthline.com]. If the doctor suspects an impaction but not certain, he/she may recommend an abdomen X-ray.

Other ways to diagnose impacted intestines or bowels include abdominal ultrasound, use of a sigmoidoscope (a small microscope to see the colon and bowels) or doing barium enema. Barium enema involved putting some dye in your rectum and having an X-ray of colon and rectum.

Once it has been determined you have this problem, the first step towards treatment is the actual impacted stool removal. Afterward, measures can be taken to ensure it does not happen again. So how will you remove it or how is fecal disimpaction done?

In general, impacted stool treatment mainly involves various techniques to actually the removal of the stool from your bowels (rectum and colon). Common techniques employed include the following:

1. Enema for an impacted colon

Usually, “warm mineral oil enema is used to soften and lubricate the stool” [nlm.nih.gov] in cases where the impaction is not hard and very large. This technique involves inserting an enema (fluid-filled small bottle that has a nozzle) nozzle and squeezing the bottle to release the fluid into the rectum and colon. This will help in loosening your feces.

In cases where one has hardened and large impaction, manual bowel impaction removal is often employed where the masses are broken down using a gloved finger. It is often recommended patients who suffer from serious neurological problems including spinal injuries. However, digital removal of feces might be applied during evacuation if it is serious.

To do the procedure, a health provider will insert one or two fingers into your rectum and slowly break the masses down into smaller pieces which can then come out. Care must be taken to avoid rectum injury i.e. it should be with small steps.

During the process, it is possible for treatments laxative suppositories to be inserted into the rectum to help in clearing feces i.e. in the removal of the impacted fecal matter.

This is a less common way of removal unless you have a megacolon or excessively widened colon or the bowels are totally blocked. In such cases, fecal impaction emergency surgery may be recommended.

Oral laxatives are often used as a treatment for an impacted bowel. They work by stimulating colon clearing. Sometimes a medicated suppository may also be inserted through the patient’s anus. There are many laxatives. One worthwhile trying is the osmotic laxatives, where products such as magnesium citrate which is good for impacted stool and works well is used. Depending on impaction, laxatives alone ensure disimpaction of stool.

Another possible fecal impaction treatment is water irrigation where a machine is used to push water into your rectum and after a doctor massages your abdomen, another one will be used to suck the waste out.

Besides this, try various treatments for constipation such as movicol, Amitiza, Linzess, cephula, Miralax, among others. This will ensure you reduce the likelihood of having this condition.

Also, note that colonoscopy might be recommended for patients who have bowel movement changes to confirm it is not cancer.

Most of the so-called stool impaction remedies are more or fewer approaches which will help prevent it from happening. In general, while at home, try over the counter stool softeners before going to bed and stop using them once the problem is resolved. Always exercise, and try natural fiber laxatives such as Metamucil,

Furthermore try probiotics to aid digestion, drink lots of water, take healthy diets full of fibers, and try water enemas if you know how they work. A good colon cleanses with cascara sagrada capsules or any other herbal cleanse with this cascara sagrada is also worthwhile trying.

Finally, avoid delaying going to the bathroom, to ensure your body has a regular and healthy bowel movement.

In toddlers, newborns, and children

Impacted stool in newborns, children, and toddlers is a problem that many parents may fail to notice. You will often notice leaking stool, pain (baby crying), inability to pass feces, having a pea-sized dry stool or uncontrolled watery diarrhea.

It is approximated that 30% -70% of children with long-standing chronic constipation problems tend to suffer from this bowel problem. This is according to The American Academy of Pediatrics publication in 2009, referenced at the end of the post.

In treatment for fecal impaction for children, toddlers, and newborns, the above mentioned American Academy of Pediatrics publication revealed that enemas and the use of laxatives as the two best methods in dealing with the menace.

Furthermore, avoid cow’s milk for children under the age of a year, ensure solid food has enough fibers if the child is already on solid food and avoid toilet training since it may affect a child’s bowel movements.

Elderly people often suffer from impacted stool due to less mobility since overall body movement stimulates bowel movements. Symptoms in elderly men and women are much or less similar to what we have already covered.

Besides the elderly and children, even adults can be affected by this problem. The causes are nothing other than what we have discussed. Furthermore, the symptoms in an adult are mostly the ones we have already mentioned. Note that one may not have all the symptoms but just some of them. There are no unique symptoms of impacted bowels in adults that the elderly may not experience.

After impacted feces removal, your health care provider such as a trained therapist or nurse should look at your diet history, laxative use, medical issues, and bowel movement pattern.

This will help him/her to advise you on how you can use stool softeners, laxatives, specific exercises and techniques to retain your bowel movements. Also, you might be required to undergo lifestyle changes to avoid such a problem again once bowel impaction removal has been performed successfully.

In addition, try the following to reduce on chances of having bowel impaction happening again:

Furthermore, prolonged cases in colons can lead to megacolon which might need surgery. If ignored, the “impaction will damage the mucus lining, affect colonic motility and impair blood flow to the bowel” [healthhype.com].

When to see a doctor

Inasmuch as it may sound not death threatening, ignoring impacted colon symptoms can actually cause death. In case you “have chronic diarrhea or fecal incontinence after a long period of constipation” [www.nlm.nih.gov], blood in stool pain on your abdomen and bloating and pencil-like thin feces, see your doctor.

Also, do not use laxatives and call your healthcare provider if you have sudden constipation accompanied by some cramping in your abdomen, and you are not able to pass stool or gas.

We have seen a number of symptoms of an impacted bowel to look at for. We have also looked at the causes, removal, and prevention, home remedies, and much more. It must be clear on how to loosen, clear, unlock, and move bowel impaction or hard stool stuck in your rectum or colon.  We hope this post was helpful.