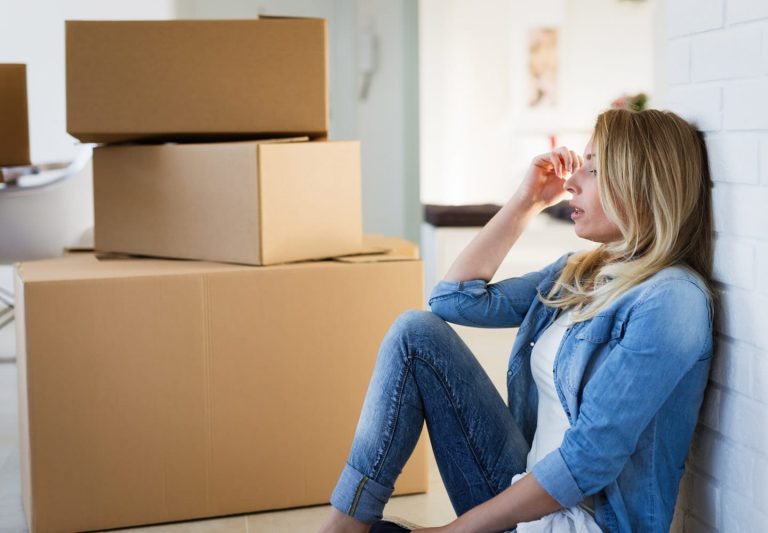 Stress comes in many shapes and forms. Many things can cause it, and none of us is immune. But what would you say is the biggest contributor to feeling stress? Creating a family, or having kids? According to the most recent studies, many Americans would beg to differ. Can you guess what it is? Our title reveals this strange fact. Those people who were surveyed concluded that moving is far more stressful than having offspring or getting a divorce. Getting a new job, or moving up or down the ladder is also high on the list of stressful events but moving still tops the listings.

If you find this hard to believe just look at the survey results. Among one thousand questioned individuals who reside in the States, and had to change locations in the last few years, they said that it was the most stressful event in their lives. The situation remains the same whether they hired professional movers or they did it by themselves. 45% of those who did the poll said that nothing tops moving on the stress list.

You may find these statistics funny but that’s the truth. 44% of people who were asked the same questions during this survey said that breaking up with a loved one or getting a divorce from a long-time partner is the second biggest cause of stress. Most people would assume that these life situations would be top of the list but as you can see they’re not. North American Van Lines were those behind the idea to conduct this survey and they did it with the help of OnePoll. The results were staggering, as 64% of people who attended the poll said that the move they had in recent months was the most stressful and impactful event in their lives.

If you believe that this number is high, wait to hear the next information. 43% of everyone asked the same question and answered that moving is an event they would like to never have again in their lives. Yes, that’s a clear no on moving for those people. If you haven’t moved as of now in your life, you are probably baffled at what could cause so much stress. The funny thing is that we’re talking about simple things that all of us must go through when moving.

The list includes moments such as taking out the furniture. When we say taking out, the moment that makes the heart race faster and sweat starts pouring includes moving the furniture through the doors. The next moment that causes even more stress is getting the same items up and down the stairs. The worst part is that this happens two times. Once when you are getting out of your old place and another time when you’re moving into your new home.

If you’re getting stressed out from only thinking about moving, that’s fine. All of us do. With the prices of rent going up, many of us will have to seek new homes or move back with our parents. At least until the situation calms down, if it calms down, as we could be facing another real estate bubble. If you’re about to move, we have good news, as it is not all bleak. 94% of people who underwent the poll said the same thing.

Moving indeed is stressful work. Most of us decide to move because of work. Moving from city to city or from state to state is a lot of work, regardless of who you are. Maybe billionaires in Hollywood find it easy, but for us average citizens this is no piece of cake. 48% of the one thousand who were part of the above-mentioned poll stated that the hardest part of moving is packing. It was described as a work of many layers. You have things to move, those you’ll pack, and those you’ll cast away. Also, there are belongings you will donate to friends or family or a charity. All of this creates a very complicated decision-making process that most of us never expected to have.

While all of the above is enough reason to be stressed, we are only reaching the boiling point. There’s a small matter of price. Moving is not for free or cheap even if you’re not hiring professional movers. Let us remind you that you must hire them unless you want your head to explode from stress.

Whether you hire them or not, moving comes at an average price of $1500. This is not a sum you can scuff at. The worst part is the unexpected expenses that can amount to more than $200. The move is not a straightforward process. Expecting a fixed price is simply being naïve. If you thought that he is everything you are mistaken. How about broken belongings? Rare are those moves that leave everything in one piece. Maybe if you’re moving a few miles away but even that is no guarantee of s complete success.

In the end, the particular reason why moving is causing so much stress is distance. You’re not moving from house to house in the same neighborhood. Rare are those of us who do. Moves are usually between states, and those are the scariest ones. You’re not only transferring your entire material life, but you’re also moving physically, emotionally, and professionally. All of these things combined are what make moving scarier than breaking up, getting a divorce, or having kids. So, the next time you’re in the situation to move, or even worse if this is your first time moving make sure you do things the right way. Plan everything out and hire a professional to help. Lower the stress as much as you can. Be smart about this. We know we’re going to be.