To being with, vomiting blood is known as hematemesis and it can be due to a number of reasons including drinking. We will focus on hematemesis due to drinking alcohol in this post.

Causes vomiting of blood after drinking?

If you throw up after drinking, it simply means you have some medical conditions which get agitated with alcohol that result in internal bleeding on your upper gastrointestinal system or you drink excessively. Some of the possible causes include the following: 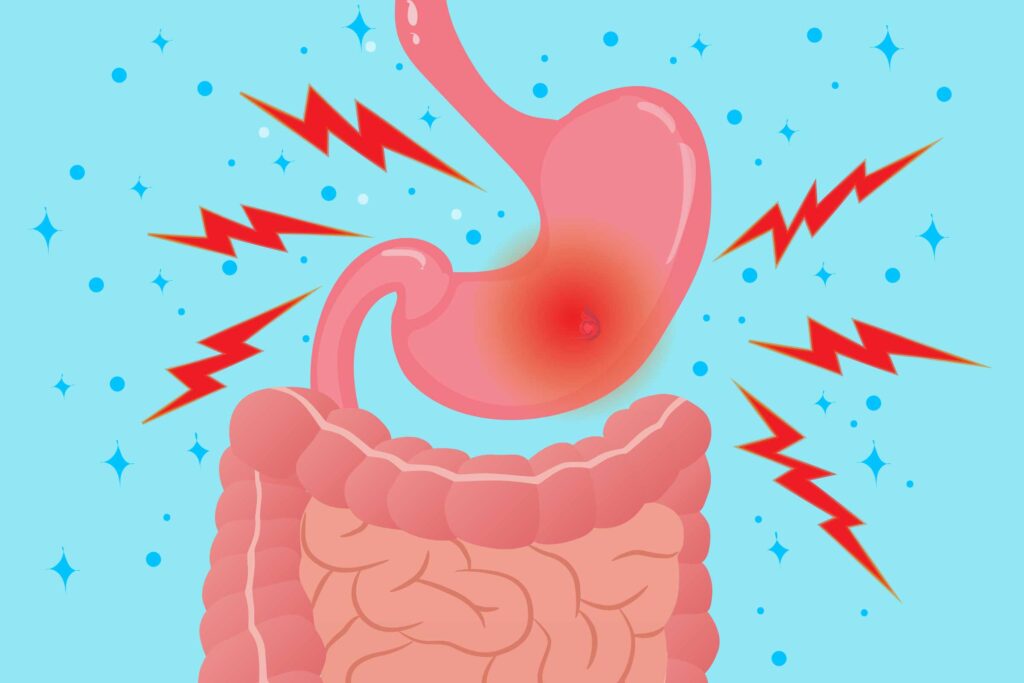 Since alcoholic drinks are acidic in nature, taking alcohol into your body can cause damage to the mouth, esophagus, pharynx stomach or small intestine lining. Since this lining has blood vessels, bleeding is possible. In fact, an alcoholic throwing up blood after drinking alcohol has a higher chance of developing ulcers.

If you throw up whenever you drink even water, you might be having ruptures in your upper gastrointestinal tract. Excessive coughing, eating, puking can lead to ruptures which will make one to vomit blood after drinking.

Throwing up blood after drinking alcohol is a common problem noticed in people who are suffering from ulcers. Alcohol, especially when you drink excessively can agitate your ulcers leading to a blood-stained puke and stool. Even if you do not drink alcohol, throwing up blood due to ulcers can even after drinking water.

The amount of blood one will vomit depends on how serious your ulcers are.  Common ulcer symptoms include weight loss, nausea and vomiting, bloating, heartburn, weight loss, dull stomach pain, and trying to avoid food due to the pain.

Liver cirrhosis is a condition caused by excessive consumption of alcohol among other causes. At an advanced stage, puking blood after drinking alcohol does happen to alcoholics who have this liver disease.

If you often vomit after taking alcohol or you have any other condition that makes you to vomit,  including pregnancy in some women, having blood in your vomit is possible. This is due to the tearing and erosion of the vomit which is acidic in nature.

Another possible connection of alcoholism and vomiting blood is gastritis. This is the inflammation, irritation, or erosion of the lining of the stomach. It can occur suddenly (acute) or gradually (chronic). When this condition is severe, bleeding is possible and one may end up with blood in their vomit especially after taking alcohol since it can agitate already inflamed stomach lining.

Some of the common symptoms of gastritis include abdominal pain and bloating, vomiting, hiccups, loss of appetite, “vomiting blood or coffee ground-like material” [webmd.com], stomach upsets that recur and feeling nausea, indigestion, tarry black stools, burning feeling in your stomach in between meals and during night time. 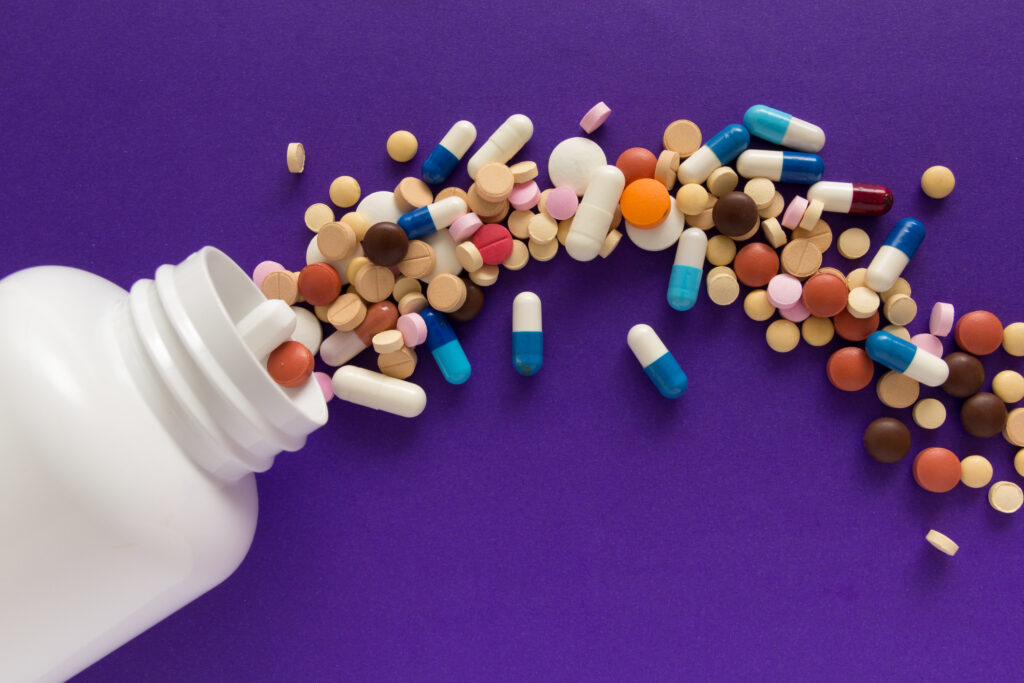 Vomiting blood after alcohol can happen if you are fond of drinking while using some medications especially medications such as aspirin, naproxen, ibuprofen and other non-steroid anti-inflammatory medicines. When these medications are combined with alcohol, they may have serious side effects and damage gastrointestinal tract lining resulting to some blood in vomit.

Having any of the gastrointestinal tumors is another possible cause of puking up blood after drinking. As tumors grow, they may cause tears and damages to surround tissues. These tissues will get irritated and may cause not only internal bleeding but also to make one to vomit some blood after taking alcohol.

Can excessive drinking be the cause of vomiting after drinking alcohol

Excessive alcohol consumption especially drinking stronger brands of alcohol on an empty stomach could also cause this problem. Alcohol is a weak acid with can corrode your gastrointestinal mucus lining making it bleed. So do not be surprised if you end up vomiting up blood after a night of drinking and smoking because it could be just due to too much alcohol consumption.

These are just but a few of the vomiting blood after alcohol abuse causes. There are many other reasons why alcoholics vomit blood which includes having acid reflux after, bleeding esophageal varices, intussusception, etc. This can happen the same day you drink alcohol or the next day after drinking.

Symptoms that may accompany puking after drinking 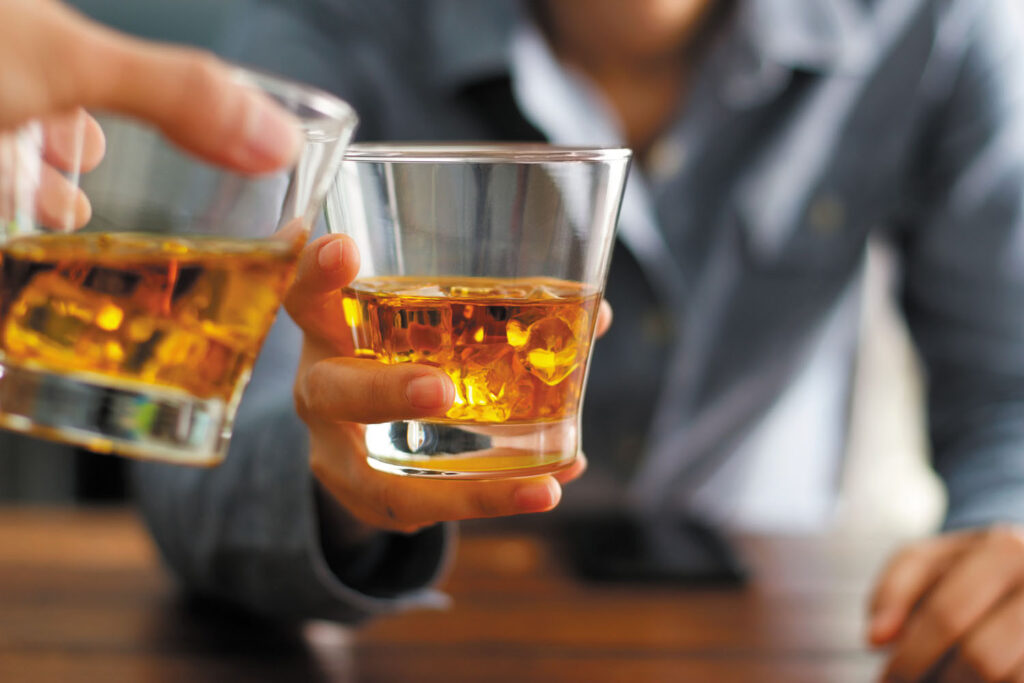 Symptoms of vomiting after drinking besides blood itself will range from mild such as burning sensation in the stomach, chest and throat and feeling nausea, Severe symptoms such as stomach pain, weakness, fainting, chest pain, abdominal cramps, dizziness, circulatory shock, as well as too much blood in your vomit are an indication something is totally wrong.

If you have any of the severe symptoms, see a doctor immediately for emergency treatment since they could result into more complications or even death.

Vomiting after drinking alcohol whether it happens immediately, the following morning or every time you drink it is something you should not ignore. Although some minor cases of upper gastrointestinal bleeding may resolve on their own, others could be life-threatening and can cause death. Besides not drinking at all, the best way to deal with this problem is by seeing a doctor.

After visiting a doctor, he will ask about the color of blood vomit (bright red or dark), amount of blood in your puke, medications you are currently, how often you drink alcohol and other questions relating to this condition.

Afterward, you are likely to take some blood and/or urine test and also get a sample of your vomit for analysis. Depending on the cause, you might have the treatment and/or be advised to check on your diet, staying well hydrated, adjust your drinking habits and a few other remedies.

These advices and specific treatments that could be causing your blood vomiting after drinking alcohol will be addressed after they have known. Each of the causes may be having a unique treatment.

What of black vomit after drinking alcohol? 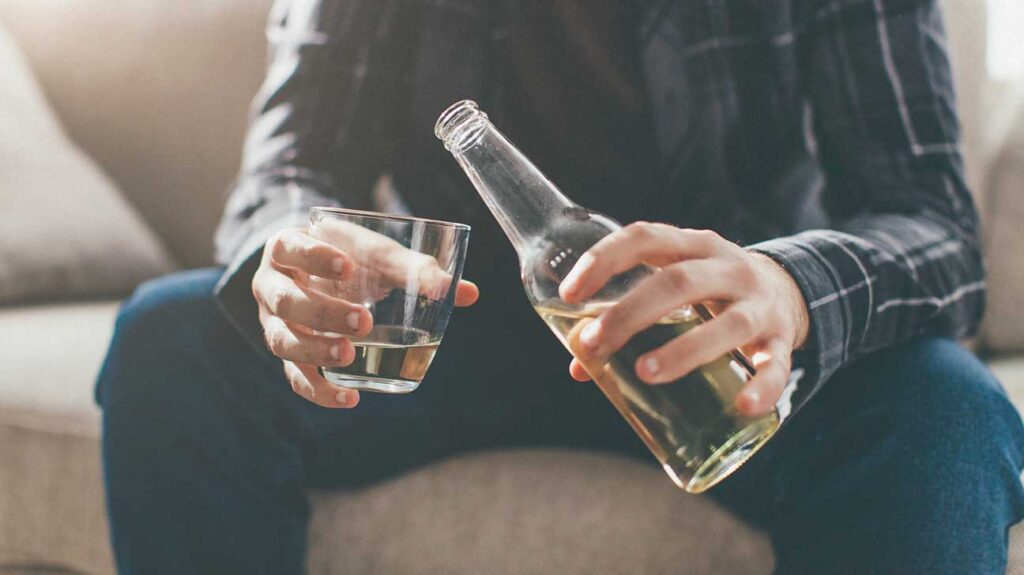 Note that, there are people who have black vomit after drinking alcohol. If you puking up black after drinking, this means that the blood has been oxidized by the acids that your stomach produces to aid in digestion. It also indicates that the bleeding was so little or it has stopped i.e. vomit that resembles coffee grounds usually means that blood has been oxidized by the acid in the stomach so that the iron in the blood turns black, and is a sign that bleeding is either in a small quantity or has stopped.

I hope this discussion on alcohol and vomiting blood has been enlightening. Always remember the fact that even if you do not puke blood after drinking the whole night or weekend, excessive alcohol consumption can harm lead to a number of problems including liver cirrhosis, heart problems and even death.

If you are an alcoholic who throws up blood after drinking, get help before it is too late. Why wouldn’t you be willing to quit alcohol if you end up throwing up blood after a night of drinking? Health comes first.

Why Do I Throw Up Blood after Drinking...