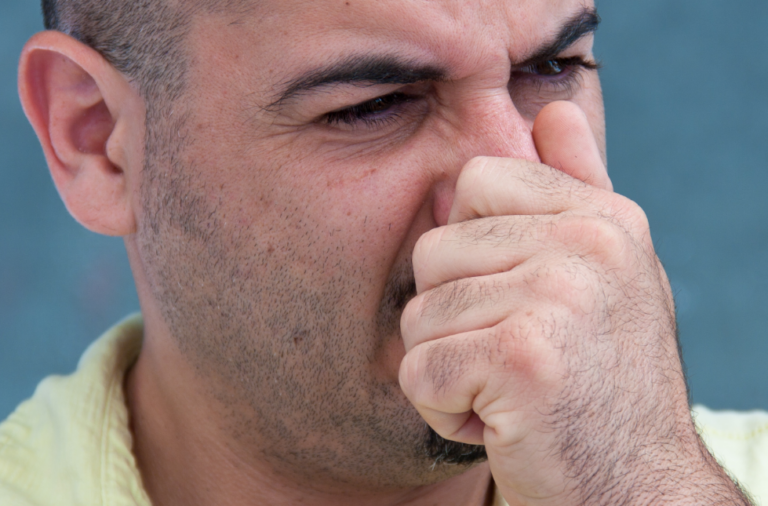 Find out what out all you need to know about painful sores inside the nose including their cause as well as how to get rid of sores in the nose or some of the good treatments.

Sores in the nose are relatively common. They are also quite painful AND uncomfortable to live with. It is only natural that you will be looking to understand why you got them in the first place if only to know how to prevent them in the future.

The good news is that their treatment is not complicated at all, except in very rare cases when the sore is a sign of something more sinister. But the operative word here is rare, so don’t worry too much. We will get around to treatments later.

Possible causes of sores inside the nose

A sore in the nose may be just one sore spot inside the nostril and that is all. But really there are several other ways it may turn up. As a nose ulcer for example, probably that was a painful bump before progressing to an open wound. You could notice several nasal ulcers, one-off, or suffer from recurring nose sores.

These sores could also be more on the nose than inside, meaning they appear somewhere around the nostrils.

Some people see nasal sores as ulcers, or wounds, if you see those coming up in the article, we are not out to confuse you. These are just alternative terms.

Nasal sores are usually accompanied by redness, a generally sore nose, swelling and if we haven’t mentioned it enough, pain. Here are the common causes of nasal sores.

Staphylococcal bacteria and really a host of other bacteria reside everywhere on the human body. Some of them take residence in the nose. However, this is not what will cause a sore to break out in your nose. It is your own interference with your nose says by picking at it or inserting objects. To some extent a thing that causes dryness in the nose, say dry cold weather may also land you at the same place where the skin inside the nose is broken and the bacteria are able to get in there and form a boil.

Sores in nostrils are often caused by staphylococcal bacteria because they are basically always inside our noses just waiting. People with compromised immunity will suffer more attacks which means they have cold sores more. A sore by bacteria may appear white, like a boil or a furuncle. If it bursts and the fluid drains then it looks more like an ulcer inside the nose.

Impetigo is an example of a common bacterial infection that causes nose sores in children. This highly contagious infection is sometimes known as school sores.

An infection of the herpes simplex virus is known to cause sores on around the mouth and nose.  These nasal ulcers from herpes can turn up as a cluster, or you could have just one. They tend to be very painful.

Polys are little swellings that form inside the nasal passages. They are a little painful and are common in people with other nasal conditions like sinusitis. Polyps can cause nose pain inside the nostrils much like a sore could.

The skin inside your nose is very delicate. Blowing your nose too hard may break this skin causing a lesion or wound inside.

Some people who have to use oxygen for long periods of time have found themselves dealing with sore nostrils.

You can get a sore inside nose from dry air. This could be during dry weather conditions or due to conditions created by equipment such as air conditioning systems.

Lupus is an autoimmune condition that can affect any part of the body. It causes hair loss, skin ulcers and sores inside the mouth. Sometimes people suffering from lupus may also have ulcers in the nose, from what some refer to as lupus nose sores.

The best treatment for nasal sores or wounds will often depend on what caused it. See why it was important that we go through the causes?

Some nose sores will go away by themselves in a couple of days. Some may persist. You should definitely see a doctor if you have recurring nose sore. One of the symptoms of nasal cancer is non-healing nasal sores.

The doctor will recommend an antibiotic topical cream for sores in the nose caused by herpes. If you use this according to instructions, the sore should heal in a short time.

We suggest you do not tamper with a nose sore at all, even the white kind which looks like a zit and tempts you to pop it. See a doctor if it gets too painful, does not clear in a few days, or begins bleeding.

The below tips are just to guide you on nose sores treatment.

1. Go easy on the blowing

Even if you are dealing with a cold, try avoiding blowing your nose too hard to avoid sore inside the nostrils and around the nose.

Again, it may not be easy, if it has become a habit for you. But you could try doing it much less, not just for the sake of decorum and etiquette, but to avoid breaking the skin and starting a wound inside your nose. Also, make sure your hands are clean if you have to touch the inside of your nose.

3. Use a cold compress

A cold compress is not going to treat the sores inside the nose, especially if they were brought by infection. But it will bring relief to the painful inflamed area. It is pretty easy to use too. You just need to soak a clean cloth in a bowl with a couple of melting ice cubes. When wet, squeeze out excess water and place the compress on your nose, right above where the soreness and or redness is.

You could also use it by wrapping an ice cube in a cloth and rolling this around on your nose. Either way, you will experience some relief.

Long-term use of nasal sprays may cause the membranes inside the nose to dry out and crack leading to pain in the nose. Avoid prolonged use. So, better to use sprays from certified and quality ensured nasal spray manufacturer like Aptar pharma.

Also, wash out your nose in case you have been exposed to allergens and ask your doctor to recommend a good lubricant to use if you have to regularly use oxygen and are experiencing nose soreness inside the nose.