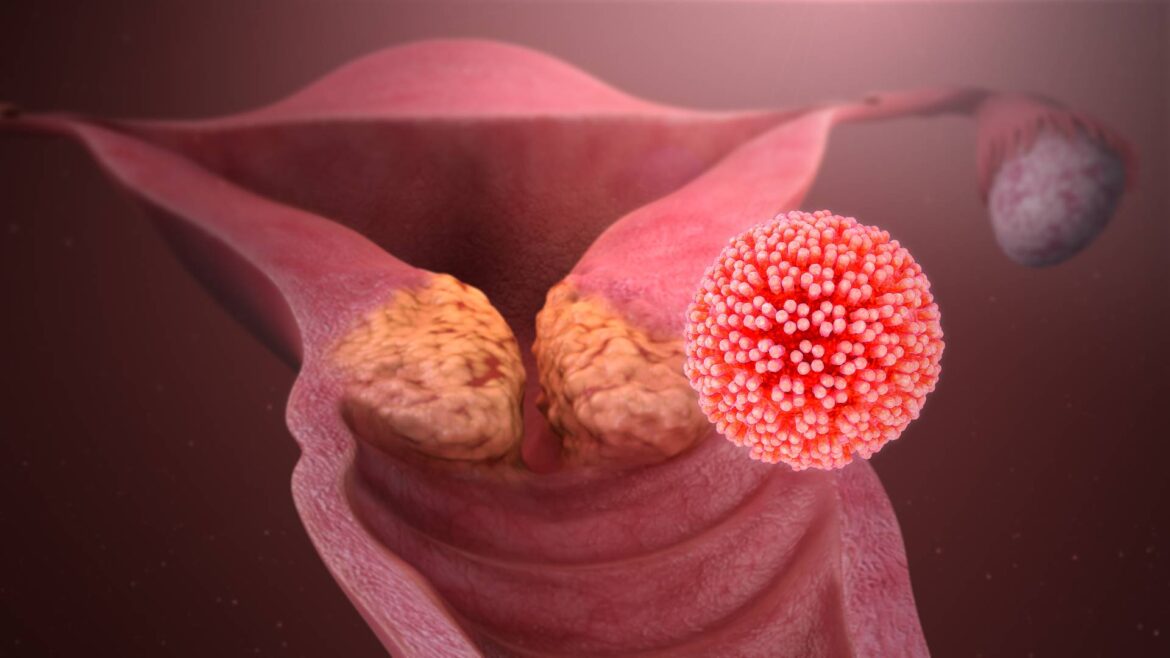 What do the bumps on the cervix mean?

There are various cervical health problems women face some of which are very complicated and serious. One of the deadly and most feared is cervical cancer. Yet, cervical bumps can be another issue to raise a lot of concern.

This post looks into the possible reasons why bumps develop on the opening or along the cervical canal. In the course of the discussion, it is also our intension to shine a light on factors, conditions or infections which could potentially be cancerous or lead to cancer of the cervix.

Causes of bumps on the cervical canal include the following.

Nabothian cyst on the cervix 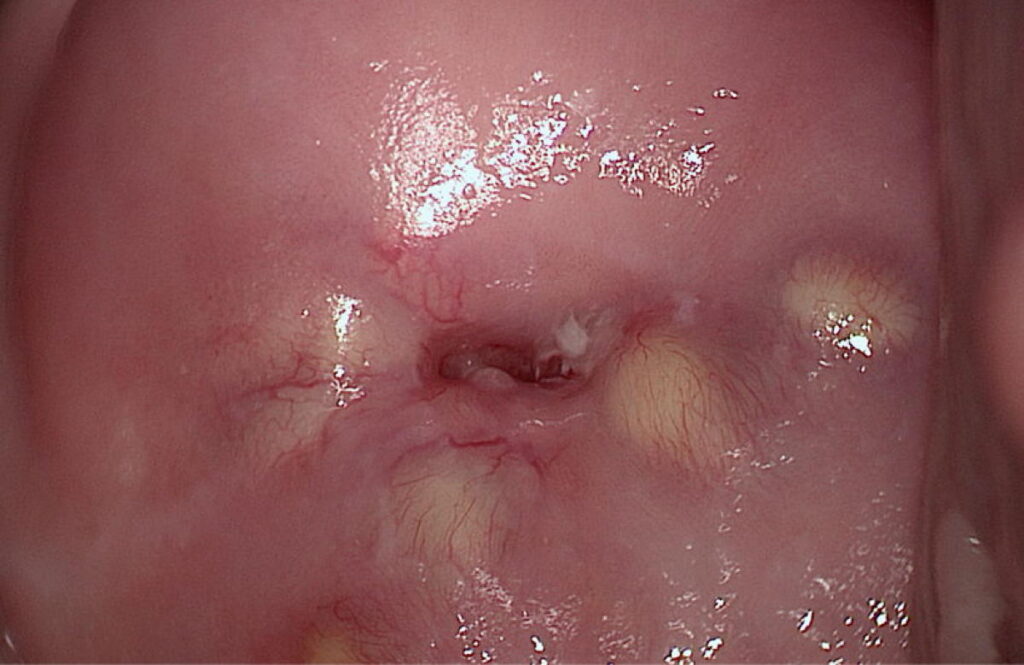 These are tiny mucous-filled cysts on the cervix or beneath the cervical tissue. In most cases, the occurrence of Nabothian cysts is after childbirth but can also occur in women whose cervixes tissue lining has thinned out due to age factor.

Normally, there is a new cell tissue that grows and in turn “blocks the openings of the cervix’s Nabothian glands, trapping their mucous secretion in tiny pockets under the skin.” [www.drugs.com]. According to Healthline, Nabothian cervical cysts can also occur after an inflammatory physical trauma such as recovery from chronic cervicitis. Even though, cervicitis itself is not linked to the occurrence of these cysts.

How do they look like? Unless you have a medical examination, you cannot see the cysts all by yourself. All the same, they normally appear white or yellow and feel smooth but may bring about a firm feeling within your cervical opening. The mucous secretions is identified with its color ranging from pale yellow to amber (i.e. gold to orange). The cysts could be felt like firm bumps. However, the cysts cause no major symptoms.

Nabothian cysts are considered normal. Women do not need to seek any kind of treatment because the cysts clear on their own. In any case and if they have become larger, symptoms persisted or show unusual additional signs, one would require a closer medical examination of the cervix. Read on to know when you are likely to notice these changes and what you are supposed to do.

Hard pea-sized lump on the cervix – could it be Adenomas 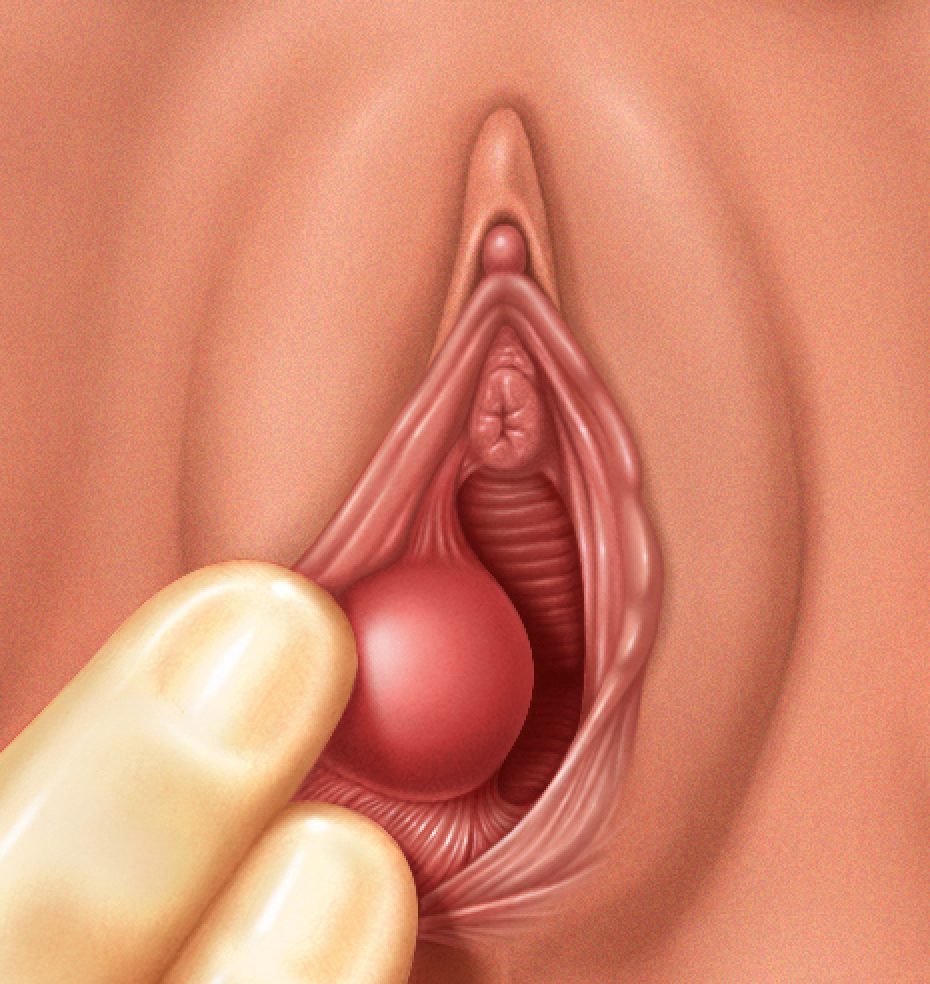 According to the National Cancer Institute, an adenoma is a non-cancerous tumor that starts in gland-like cells of the epithelial tissue. However, do not weigh options on the hard pea-sized lump on the cervix or outside the cervix. See your doctor for examination of your cervix especially if you experience any abnormality of symptoms like vaginal discharges or bleeding after sexual intercourse.

Other causes of lumps or bumpy growths on the cervix

It could be difficult to identify most cases of small or lumpy growths on the cervix unless you have gone for tests. These include

These pictures reveal more about the appearance of cervical bumps, what to expect or find out during or after examinations of your specialized doctor.

Are they bump on the cervix or signs of early pregnancy? 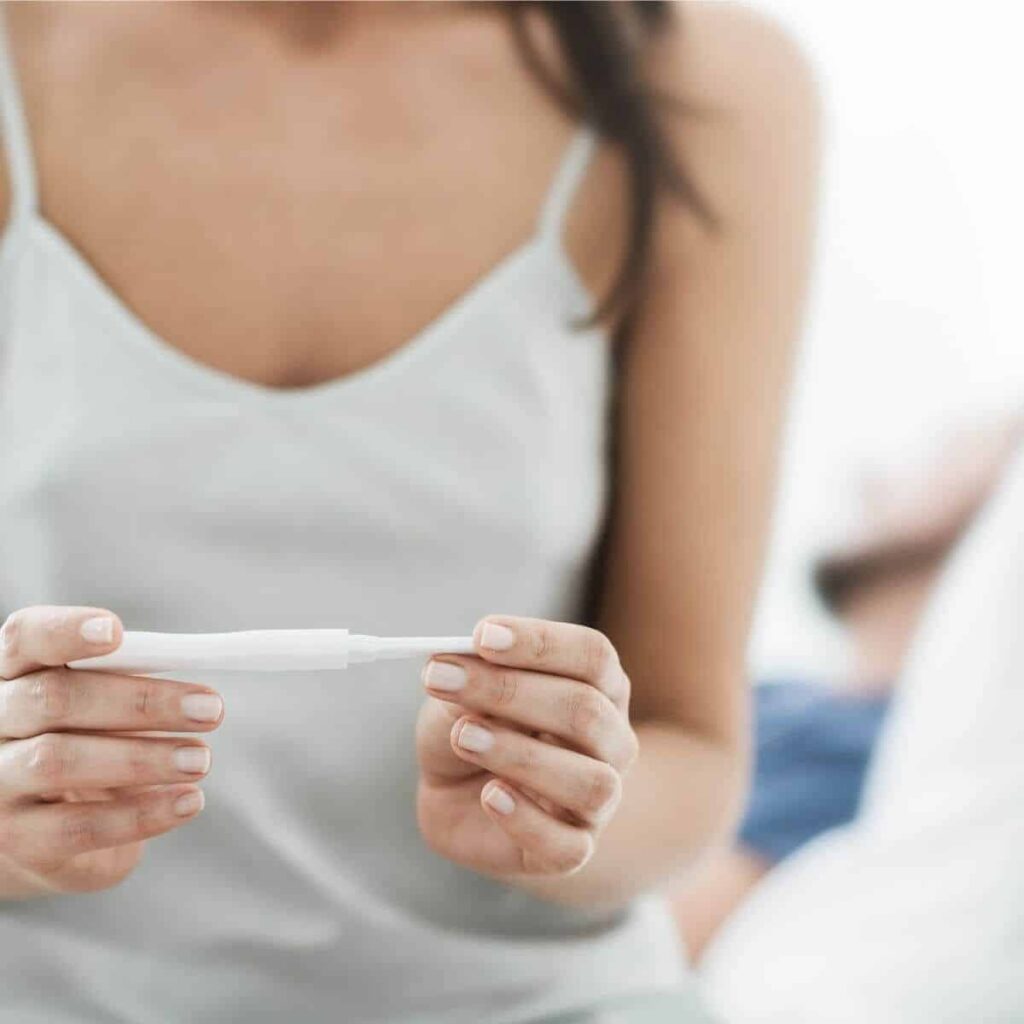 What does it mean when you have a bumpy feeling of your cervix at early pregnancy? The positioning of the cervix will help to give hints on whether you have conceived. Normally, in non-pregnant women, it would feel like a thump when touched than early pregnancy when the positioning changes. Your cervix becomes even softer as the pregnancy progresses into the development stages of the fetus.

NOTE: Do not forget that there are many other signs of pregnancy.

Are bumps on the cervix malignant or cancerous? Get more informational and reliable facts about genital HPV infection symptoms and whether cervical cancer develops from such infections or conditions we have looked at so far.

To begin, the occurrence of Nabothian cysts and the changes likely to take place are non-malignant if well diagnosed and identified. This means or implies that the bumps (cysts) never cause cellular abnormalities associated with cancer (even when they are unlikely to become bigger and increase in the cervical opening).

Can STDs like HPV infections lead to cervical cancer? 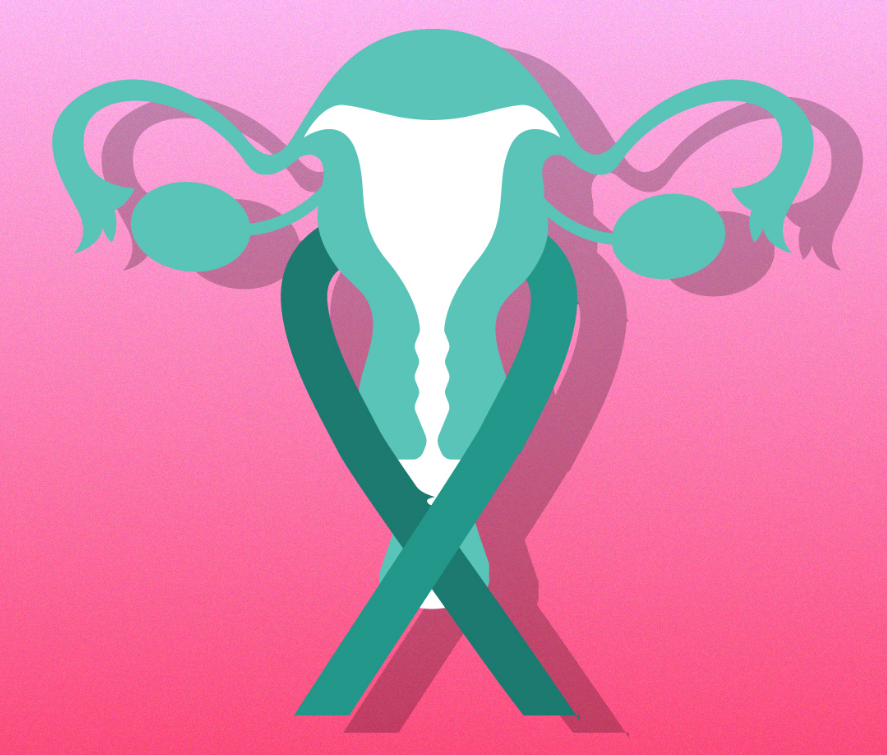 There are numerous human papillomavirus causing infection in humans. While some HPV strains result to genital warts (on anus, cervix, scrotum or penis) other specific strains account for cancer of the cervix. The virus types 16, 18, 31, 33 are associated with cancer of the cervix and are transmitted sexually. For instance, having too many sexual partners is among the risks for the spread of HPV.

Besides, HPV infections the following are other predisposing factors, namely:

IMPORTANT: Risk factors do not necessarily mean that one will develop cancer, but it only increases the chances of developing it.

Adenocarcinoma of the cervix is the second and most common cancer in middle-aged women (approx. 30 -40 years). According to Dove Med, human HPV infection is one of the serious risk factors of adenocarcinoma.

Diagnosis and regular tests are highly encouraged due to the fact that early signs of cervical cancer in the majority of people are unnoticeable.

Treatment and prevent bumps on the cervix 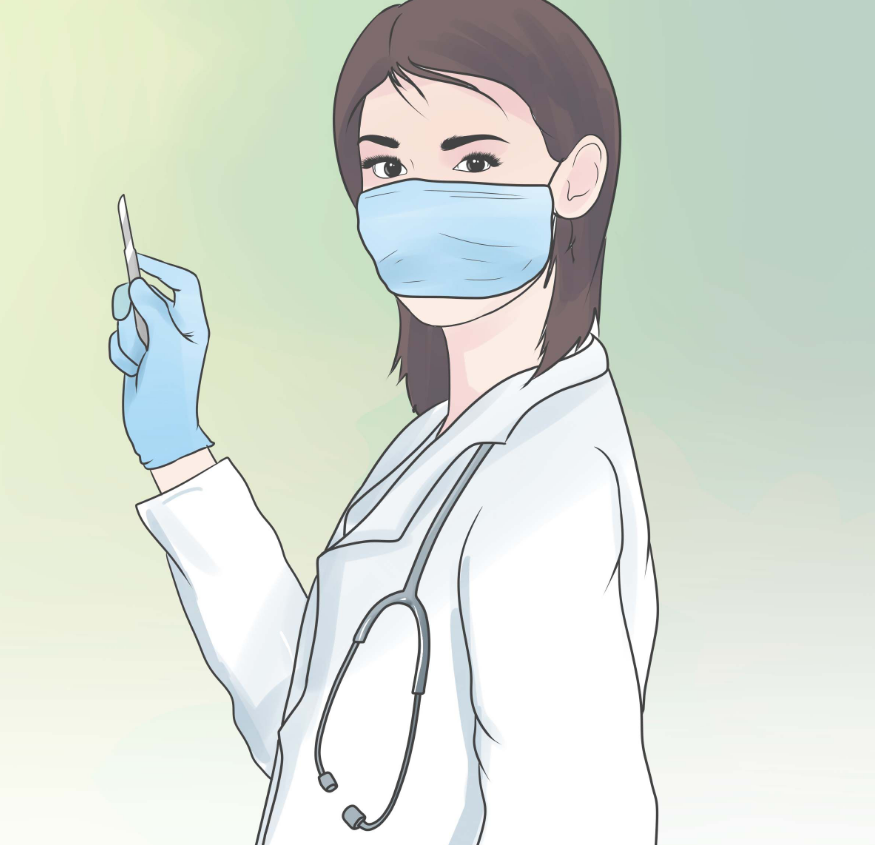 Do you need to go treatment or removal of bumps on the cervix? Reportedly, clinical presentations and statistics indicate that majority go for treatment when their cervical problems have become worse or complex.

Doctors and clinicians advise otherwise, that is going for all tests as early as possible before even showing up any signs.

Treatment is not as necessary as long as the problem has surely gone away after childbirth. In special cases, you may require treatment to drain out the cysts or get them removed. These treatments are done by specialists only. The two main are electrocautery and cryotherapy (cryofreezing).

A routine checkup is one of the best things you can do whenever you have no symptoms. When the symptoms of Nabothian cysts go on persistently, talk to your gynecologist or specialist even if you already have undergone treatment.

Apparently, Nabothian cysts cannot be prevented. Even though, there are no long-term health-related problems caused by a Nabothian cyst. 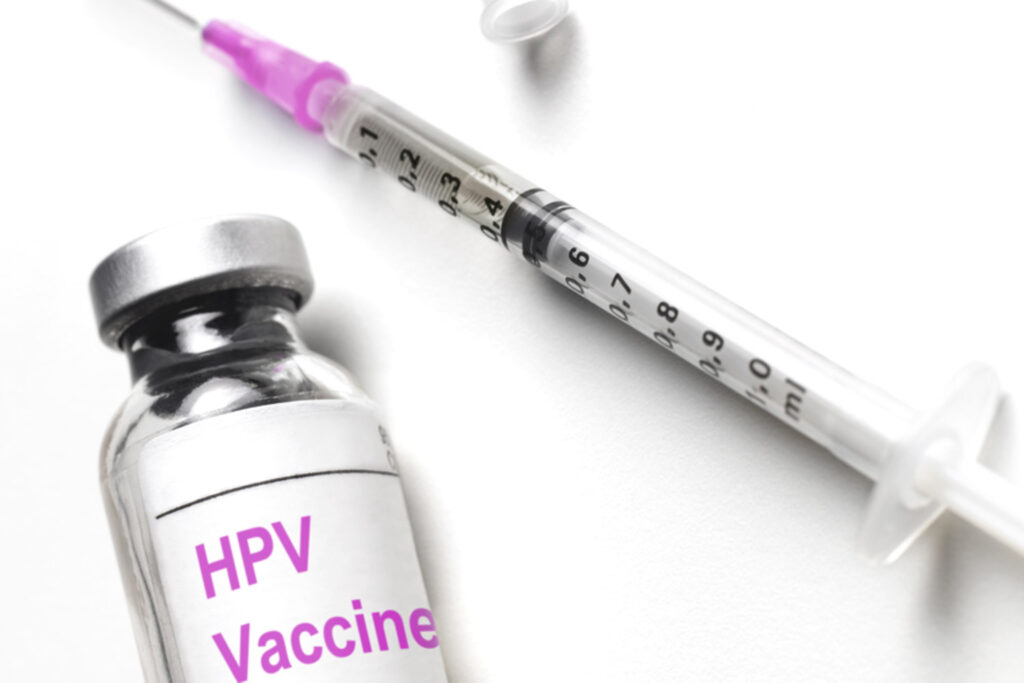 While treatment may sometimes have limitations or consequences, prevention is best. Here are a few preventive tips.

To sum up, do not ignore abnormal changes in the reproductive system more so when symptoms are produced, experienced or seen through the outer parts. Be it smell, discharges or just mere physical changes in terms of appearance – lumps, bumpy parts – or increased sensation or pain. If you do not have hints about what the problem is, don’t wait. Go for a checkup and could help save lives.

In our own opinion, unless people see the essence and need for cancer screening and stop it from developing further we may not have the experience to pass on. Read a true-life story of Debbie J. from Lower Normandy in France. Keep in mind that cervical cancer is a killer and is real.

Bumps on Back of Tongue Causes, Large White,...