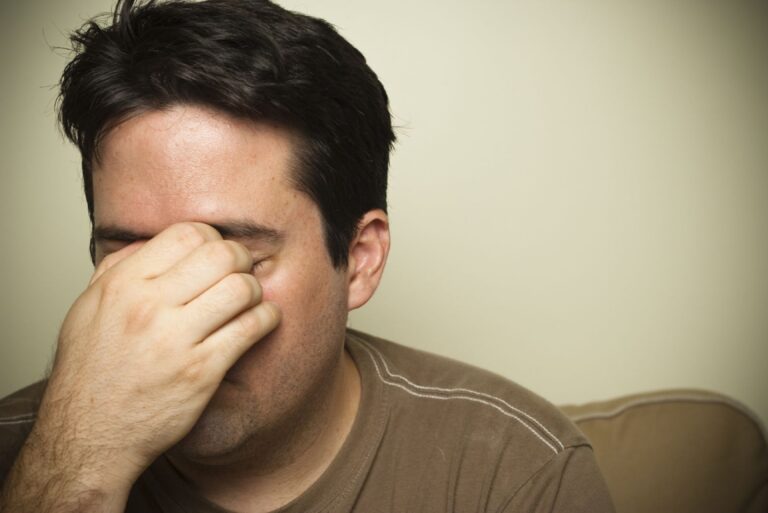 Have you ever touched your nose and felt pain? Pressed it and it hurts so much? Pain on the nose or inside can be alarming. The nose is the outer portion that protrudes from the face. It has nostrils that lead to the nasal cavity. The nasal cavity is then divided by the bridge (nasal septum). The nasal cavity then connects to the paranasal sinuses through tiny holes. The nasal cavity joins the throat nasopharynx (pharynx) by extending to the back.

There is a thin bone that separates the nasal cavity from the cranial (brain) cavity and oral cavity. Problems that occur in these cavities can also cause nasal pain. Throat problems too can be thought to be a nasal pain.

Different parts of the nose could be painful, and we are going to examine every part and the reasons for the pain.

Does the bridge of your nose hurt? Is it painful to touch? There are several reasons why it hurts. The most obvious reason being trauma. If this part has sustained any kind of injury, for example, you fell and hit it, bumped into someone using your nose or a ball hit it (ouch!), you will experience immense pain. This may or may not be accompanied by swelling depending on how badly hurt the bridge of the nose is. If you have trouble breathing, it appears crooked or has intense swelling, ensure you consult an otolaryngologist (ENT surgeon) immediately. Do this too if you have a sore bridge of the nose.

Another reason the bridge of your nose hurts could be due to pressure on it. This can be caused by sunglasses or spectacles that exert pressure or pinch it. You can relieve this kind of pain by getting your optometrist to adjust your glasses.

Bridge pain can also be a sign of sinusitis. Sinusitis is an inflammation of the cavities which produce mucus needed for the effective working of the nasal passages. It’s an irritation of the sinuses in simpler terms. Sinusitis can be chronic or acute. It’s caused by bacteria, fungi, viruses or an autoimmune reaction.  Its symptoms include pain on the bridge of the nose that hurts to touch, and on other parts of the face like the eyes and cheeks, nasal congestion, excess mucus, and fever. For treatment, sinusitis usually clears up without medication but if it lasts for more than 7 days, or causes bad headaches and fever, see a doctor.

There are various factors that could cause pain inside your nose. They include:

A nose injury especially if it encounters a moving object like a ball or a hard surface. This can cause trauma to it and the injury could cause a crooked nose or bleeding.

When you touch it and feel pain, it could be because you had a dose of cocaine earlier. This often happens inside the nostrils.

Another cause for the pain inside your nostril could be a nasal infection. If you notice a small red pimple in your nose that swells up and grows bigger until it’s too painful, then you might have a nose infection. Sometimes the pimple can fill up with pus. This mostly happens to people who cut their nasal hair. If you use tweezers to shave the nasal hair, you can infect the nasal hair follicles, a condition known as folliculitis. This can cause pain inside your nostrils.

Furuncles or boils can also be another reason you are experiencing pain inside the nose. The boils start as a painful lump and then as they progress, become softer with pus that forms like a pocket at the top. They eventually burst and drain causing relief. They sometimes heal on their own, but you shouldn’t try to pop them or poke them. Consult an ENT in case the boil does not heal on its own if you develop a fever or your lymph nodes swell.

Are you always picking your nose, blowing it too hard or wiping it too many times?  This can lead to nasal infections inside it when the capillaries inside the nostrils rupture, allowing bacteria to get in. This then leads to painful sores inside the nose that can be treated with antibiotics or antibacterial cleaning solutions. If the infection spreads, seek a doctor.

Sinusitis can also cause pain inside the nostril. To treat it use antibiotics, painkillers and nasal decongestants.

Another reason why it feels pain when you touch it could be due to nasal polyps. This is when abnormal tissues grow in the sinuses or nasal passages. Their symptoms are like those of a common cold though unlike the common cold, they do not clear until one takes medication. Treatment can be with corticosteroids which can be in the form of drops, nasal sprays or oral medicine. This helps to shrink the polyps. If this fails, surgery can be done.

Nose dryness of the nose can also cause twinge inside the nostril. This is caused by harsh climatic conditions that dry out the mucous membranes.

Allergic rhinitis and presence of foreign bodies like beads in children also cause this problem too.

Other reasons it feels tender on touch could be due low humidity experienced during the winter and smoking. They make the mucous membrane dry exposing it to nose scab formation which results in pain.

There are several reasons causing your inner nose to hurt when you touch it. This could result from any irritation to the nasal passages. They include an inner nose sore caused by a bacterial infection. Since it shields the body from external elements like dust and bacteria found in the air we breathe. However, when bacteria like staphylococcus find their way into the nasal passages they cause infections that result in an inflammation of the inner nose. This can be very painful.

Also, the pain soreness or tenderness can be caused by small ulcers that develop inside the inner nose due to sneezing or blowing too hard and rupturing the inner nasal lining.

These sores can also be due allergic reactions to elements like chemical fumes, dust, pollen, molds etc.

For treatment, antibiotics can be used. Saline nasal drops, sprays, and gels can also relieve the pain.

Sore to touch on one side

Reasons, why your nose hurts on one side, include nasal infections, dryness, nasal polyps, injury or sinusitis. Sometimes with any of these conditions, the pain is felt on one side of the nose only. This could later spread to the other nostrils or remain in the side affected. You can treat the problem using nasal sprays, gels or drops. Antibiotics can also be used.

When trying to find a solution as to why the nose hurts when you touch it, you need to try and find out the underlying causes such as those we have discussed. This will ensure you also come up with a way to heal or soothe the pain fast.