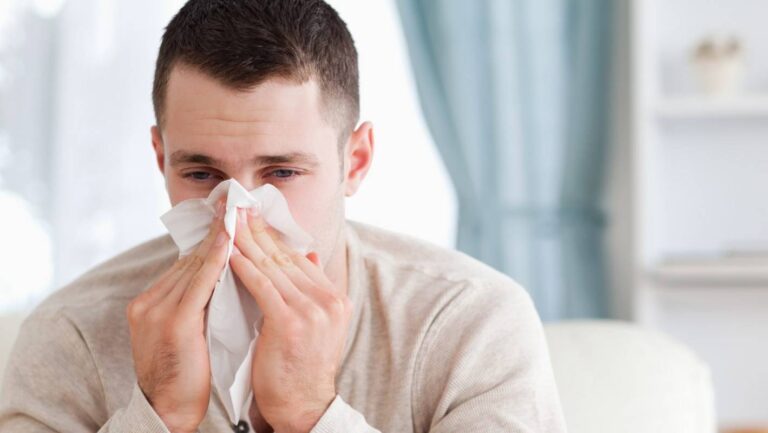 A runny nose means that your nasal lining is producing excessive amounts of mucus. With various home remedies for runny nose and related symptoms the likes of nasal congestion, sneezing, and cough, you may however be able to get back your optimum health faster.

The common cold is the main cause of most cases of a runny nose. As a viral infection, the common cold has no cure, but there are various remedies that you can use to improve and hasten the healing of runny nose and other symptoms associated with common cold including fever, sore throat, headache, and itchy eyes. Here are some of these runny nose remedies:

A nasal spray made of salt can help to relieve runny nose and other symptoms that usually accompany it including congestion. Apart from aiding in thinning and flushing out of mucus and irritants, salt also helps to fight bacteria.

To make a saline nasal spray at home, simply mix a ¼ teaspoon of common salt with a glass of lukewarm water and then and administer it to your nostrils drop-wise using a small dropper. You can also add ¼ teaspoon of baking soda to make the solution even more effective. After adding a few drops to each nostril, finish by blowing the nose gently to remove the excess solution.

This is one of those simple but very powerful home remedies for runny nose and congestion. Vapor rubs contain beneficial natural and synthetic ingredients that improve cold symptoms tremendously.

Recent research studies on okra have shown that it has greatly varied health benefits. The sticky substance in okra, called mucilage, has in particular been shown to relieve runny nose and sore throat. Wash a few okra pods, take out the seeds and then boil them for 10 minutes. Once the pods have cooled down, eat them and drink the water in which they boiled.

Lemon juice also works wonders for runny nose. Other citrus fruits such as lime and orange are also beneficial. To prepare this remedy, squeeze some fresh lemons and pour the resulting juice into warm water before drinking it. This is particularly helpful for sneezing.

Otherwise known as black pepper, peppercorns also help to relieve a runny nose. Simply chew a few peppercorns and then drink some hot water over them. This may seem to worsen the runny nose at first but will give you positive results after just a short while.

Other home remedies for a runny nose that you may want to consider are:

Coughing is a body’s natural response to foreign irritants. It helps to flush them out of the nasal cavities and lungs to prevent damage or further damage in the body.

Cough and runny nose often occur hand in hand usually as a result of factors such as common cold, allergy, and presence of irritants in the air passages. Postnasal drip, otherwise known as sinus drainage, is also known to cause cough.

Here are some of the most common home remedies for runny nose and cough:

Honey not only helps to reduce cough by loosening the mucal secretions, but also soothes throat irritation, if any, and reduce the overall time it takes a cough to clear (if it is the underlying causative factor).

As HealthyChildren.org reports, honey has been found to be better than drugstore cough syrups in reducing the frequency and severity of coughing at night.

The simplest option is to take a spoonful of raw honey twice a day, but mixing honey with lemon makes for an even more powerful home remedy for cough and runny nose.

Simply mix 1 teaspoon of lemon juice with 2 teaspoons of honey (that is a ratio of 1:2), stir well, and take the resulting mixture at intervals of a couple of hours. Lemon juice is a rich source of vitamin C and other phytochemicals that help to strengthen your immune system. This helps your body to overcome the infection faster.

Spice tea also does wonder to runny nose and cough. Here is how to prepare spice tea:

Runny nose that is accompanied by sneezing could be caused by various medical conditions including allergy (reaction to an allergen), common cold, and nasal irritation.

Irrespective of the trigger, both ginger and garlic are known to offer relief for runny nose and sneezing. Here is brief coverage of these two home remedies:

Garlic has both antibacterial and antiseptic properties which makes it a powerful remedy for runny nose and sneezing. It works when used both internally (ingested) and externally (inhaled). Here are various options from which you may choose:

Ginger has antiviral and anti-inflammatory properties that are beneficial to the common cold and other conditions.

One way is to eat ginger raw but you may also consider taking a cup of ginger tea several times a day. To prepare it, place small slices of ginger into hot water and allow it to boil for a few minutes, then add a teaspoon of honey.

In the place of honey, you could as well add a couple of spoons of lemon juice (or both honey and lemon juice). Ginger tea is especially helpful for sneezing that tends to occur at night.

Here is yet another ginger home remedy for runny nose and sneezing:

A stuffy (congested) nose results when the nasal lining becomes inflamed as a result of infections and irritants. It is often accompanied by a runny nose, particularly when common cold, allergies, nasal irritation (from chemical fumes, strong perfumes etc.), and dry air is to blame.

Here is a list of several home remedies for the stuffy, runny nose:

Steam inhalation does wonder to nasal ailments. It helps to loosen the mucus in your nose and flush out the infections and irritants responsible for the symptoms. Steam also helps to moisten your nasal cavities when vapor condenses in there to form tiny droplets, especially during winter.

One option is to take an extended (10 to 15 minutes) hot water bath or shower. Another option is to use a facial steamer or simply lean over a basin of hot water and inhale deeply but carefully.

Get a steam treatment (so to speak) at least twice every day, preferably in the morning and evening.

Run a humidifier (hot steam vaporizer) in your bedroom to keep the air moist. This helps to loosen mucus and facilitate its drainage which then reduces clogging. You should however air the room adequately during the day to prevent growth of molds as a result of this heightened levels of moisture.

That would be counterproductive in the long run. Health Line website also recommends washing your vaporizer daily with Lysol or household bleach.

2.  Apply vapor rubs on your chest

vapor rubs also help to reduce congestion and nasal discharge. Dr. Sears Wellness Institute, however, cautions that vapor rubs may cause wheezing in some children but that is rare and most children will have no trouble using them.

3.  Get rid of potential allergens and irritants

When present in your living environment, allergens such as pet dander, pollen, dust mite, and molds may cause allergic reactions leading to a stuffed up nose as well as nasal discharge. The same is also true of irritants such as paints, strong perfumes and odors, chemical fumes, etc.

Try to identify any such substances and remove them from your environment.

Kids are very prone to infections such as common cold because their immune system is developing. Common cold comes with it the all too common symptom of runny nose.

Over the counter cough and cold medicines are however known to cause serious side effects in young children according to The American Academy of Pediatrics. In fact the Food and Drug Administration has recommended that cold and cough medicines be not use for children aged below 4 years as of the year 2008.

On a good note, however, there exists many home remedies that can help improve runny nose and related symptoms without using this no prescription medicines. Here are some of the options you may want to consider to fix runny nose at home:

Try as much as possible to wipe dry the nasal discharge (mucus) draining from your child’s nose. For babies, you may want to use a suction bulb for this purpose.

Steam inhalation is beneficial to runny nose in kids. For infants and toddlers, turn the shower on to hot and stay in there with them for 10 to 15 minutes at least twice daily (preferably in the morning and evening). As for older kids, you may as well find a basin of hot water or a facial steamer useful.

Saline rinses help to loosen up dried mucus. You can get over-the-counter saline nasal drops or prepare your own by mixing ¼ tsp. salt with 1 cup of warm water. After rinsing the nose with the saline solution, help your kid to blow her nose or else use a suction bulb for the purpose.

Honey also works great for runny nose in kids particularly if it is accompanied by cough. The American Academy of Pediatrics recommends using ½ to 1 tsp. honey for children aged above 1 years but advises against the same for those aged younger than that because they risk getting infantile botulism.

Before we delve into home remedies for watery eyes, it is perhaps a good idea to first of all learn some of the potential causes of this phenomenon.

Tears help to keep your eyes lubricated and wash out dust and any other foreign objects that get their way into your eyes. When too much tears are however produced, the tear ducts get overwhelmed leading to watery eyes.

Tears contain a mix of salt, water and oils all working together to maintain optimal eye conditions but when the right balance of these components is offset, the eyes become very dry. As a result, your tear ducts respond by producing too much tears. Hence the watery eye condition.

Watery eyes often accompanied by runny nose. Some of the potential causes of runny nose and watery eyes are:

Allergies: Eye allergies are caused by exposure of the conjunctiva (the membrane that cover the white of the eye) to an allergen. As a response the immune system produce antibodies that trigger the release of histamines. That then make the eye to get watery, itchy, and red. Eye allergies are often accompanied by nasal allergy symptoms, e.g. runny nose and congestion.

Infections such as common cold and sinus problems

Cold weather (and dry air) and strong wind: Cold weather is usually associated with dry air which often makes the nasal lining and tear ducts to go into a mucus and tear production frenzy respectively.

Dust: This causes irritation of the nasal and eye membranes

In most cases, runny nose and watery eyes will clear on their own without treatment. You may however benefit from various home remedies including:

For the eyes, place a towel dipped in warm water on your eyes several times daily to help unblock any afflicted tear ducts. As for the nose, drape your head with a towel over a basin of warm water several times daily or spend 10 to 15 minutes in hot shower, making deliberate effort to inhale the steam in there deeply.

This option can as well help to improve the symptoms and is especially helpful if common cold is to blame.

3.  Get rid of allergens

If you suspect that there are allergens in your home could be to blame, get rid of them and see if your condition improves. Pet dander, dust, molds, and latex are all common culprits.

When to be concerned about runny nose and watery eyes:

Runny nose and watery eyes – and other associated symptoms such as nasal congestion – are typically temporary and will clear even faster with the above home remedies. You should however get concerned if:

Treatment may involve prescription eye drops, antihistamine medications, antibiotics (in case of a bacterial infection), or surgery to correct problems with your tear drainage system.